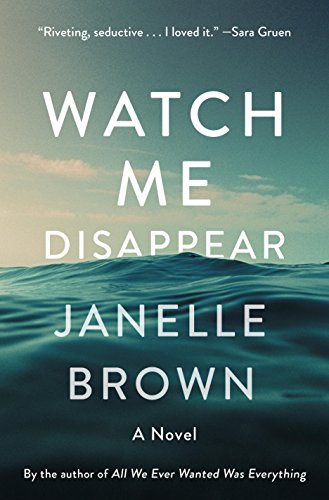 Billie Flannigan has been missing for almost a year after she left to go hiking. No body has ever been found and as the one year anniversary is coming up, Jonathan and Olive are doing the best they can do get through their pain.

Olive begins having visions of her mother begging her to come and find her. Jonathan is stuck trying to begin a book about their life together, but the bottle and memories get in the way.

I liked the premise of the book. A woman disappears, assumed dead and normally that would be that. But Olive isn’t going to let it go. As she and her father dig into Billie’s past they find more questions than answers.

Did anyone really know who Billie was/is? The pace was a little slow for me in spots. I didn’t feel like I had a handle on any of the characters. Everyone was just giving their version of who this woman was in their eyes.

Unfortunately I thought the characters needed a lot more authenticity. I would give her writing another read however because she is a good writer.

Janelle Brown is the bestselling author of ALL WE EVER WANTED WAS EVERYTHING and THIS IS WHERE WE LIVE, as well as the upcoming WATCH ME DISAPPEAR (summer 2017). An essayist and journalist, her writing appears regularly in Vogue, The New York Times, Elle, Wired, Self, The Los Angeles Times, and numerous other publications. Previously, she spent five years as a senior writer at Salon, covering a diverse range of subjects — from Internet culture to the war on drugs, pop culture to style, public policy issues and the digital music movement– and began her career as a staff writer at Wired, working on seminal Web sites like HotWired and Wired News during the heydey of the dotcom boom. In the 1990’s, she was also the editor and co-founder of Maxi, an irreverent (and now, long-gone) women’s pop culture magazine. She lives in Los Angeles with her husband, filmmaker Greg Harrison, and two children.
Release Date is July 2017.

3 thoughts on “Watch Me Disappear A Novel by Janelle Brown”

This is an Art Blog covering many topics to do with art, how to draw and paint tutorials, style, as well as creativity in general. We blog about art, photography, recommend related products and give our best SEO tips for artists and bloggers. We'd love to hear from you so get in touch if you want to start up a conversation or a collaboration!