I read a lot of Suspense/Thrillers and these are just a few of the ones that had me picking my jaw up off the floor and screaming What???  And that is not easy for those of us who read a ton of this genre! So if you liked them let me know and if you haven’t read one, hey, it’s summer….give one a try!

Years after Amir betrayed his childhood friend Hassan, he sets out to reconcile their past — but learns in so many surprising ways how a single event could alter both their lives forever. This book cracked my heart wide open and left my jaw on the floor too many times to count.

Sara and Brian Fitzgerald’s life with their young son and their two-year-old daughter, Kate, is forever altered when they learn that Kate has leukemia. The parents’ only hope is to conceive another child, specifically intended to save Kate’s life. For some, such genetic engineering would raise both moral and ethical questions; for the Fitzgeralds, Sara in particular, there is no choice but to do whatever it takes to keep Kate alive.  I love/hate this book!!! 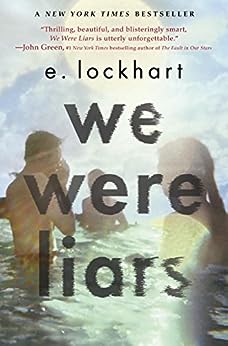 A girl who knows she had an accident the summer before, but cannot remember what happened…. Her revelations and the entire ending left me so shocked that I put the book in a time out for a good ten minutes before I furiously looked through the beginning of the book to see what subtle hints I had missed (there were a ton)! I would recommend this book to anyone who wants a story that causes you to become so invested that your only choice is to finish the book in one sitting.

The main character is investigating the recent death of her husband when she discovers that it’s connected to the brutal murder of her sister years ago. And are they both somehow related to the suspicious suicide of her husband’s brother? Coben is one of my favorite authors. And this was a jaw dropper ending! I wish he would make some his television series here in the US, but if you have Sky TV watch The Five or Juste Un Regard. I was lucky to have a friend in the UK who would Skype The Five with me and it is a mind blower!

It is about a dystopian world where people are divided by blood: silver for the higher social order with supernatural powers and red for the poor and maltreated. When Mare, an ordinary red-blooded girl, discovers that she has silver powers, everything is changed forever. The big twist is just so unpredictable and unexpected that it makes you stop for at least 20 minutes to stare at the wall and just be amazed. As Aveyard says: Anyone can betray anyone.

During a picnic at her family’s farm in the English countryside, 16-year-old Laurel Nicolson witnesses a shocking crime, a crime that challenges everything she knows about her adored mother, Dorothy. Now, 50 years later, Laurel and her sisters are meeting at the farm to celebrate Dorothy’s 90th birthday. Realizing that this is her last chance to discover the truth about that long-ago day, Laurel searches for answers that can only be found in Dorothy’s past.  One of those shockers that have you staring into space for a bit afterwards!

14 thoughts on “A FEW OF THE BEST PLOT TWISTS AND SHOCKERS I’VE READ!”