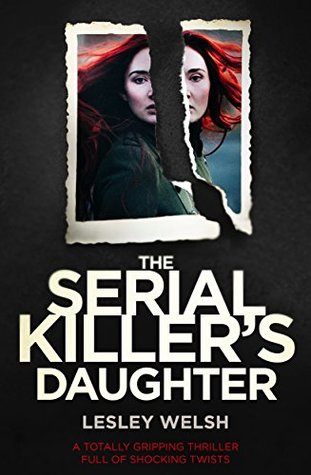 Charmer, liar, father… Killer.
Suzanne’s life changes forever the day she receives a visit from Rose Anderson, the woman who has been living with her estranged father, Don.

Don is dead, but Rose wants Suzanne to have his possessions – including a series of intimate diaries and a mysterious collection of photographs of women.

To Suzanne’s shock, one of the photos is of her friend Sophie, who died ten years ago in an unexplained and devastating fire.

But Don only met Sophie once, on an unsettling visit he paid Suzanne just days before Sophie’s death… So why did he have a picture of her?

Unable to let Sophie’s memory alone, Suzanne begins to dig into her father’s life. What horrors is she about to unearth in his journals? And who is it that’s out there, watching her every move?

When Suzanne receives a phone call from a woman named Rose telling her that her father is dead, she is more relieved that upset. Now more worrying about him showing up and torturing her with his words and actions.

Once Suzanne collects the journals and pictures, she is shocked to learn that her father may have been a serial killer. And she has siblings. Who aren’t doing too well themselves.

Not only is Don a first class Narcissist and sociopath, who has no qualms about murdering anyone, family or not, how is he even alive? Or is he?

This thriller will have you speeding to the end just to find out if he was really that bad!

Spoiler Alert: The answer is yes!

Thanks for this one Bookouture!  I would read it again! Release June 14, 2017

4 thoughts on “THE SERIAL KILLER’S DAUGHTER BY LESLIE WELCH”