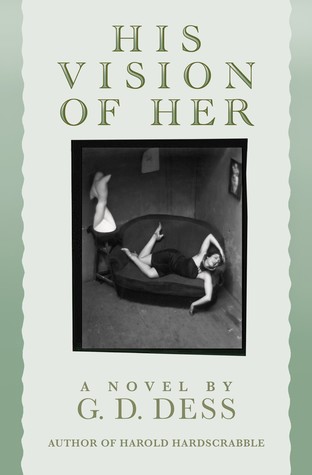 Now republished after nearly three decades, with a preface by the author, His Vision of Her is a cult classic that tells the story of obsessive love, shifting sexual identities, self-deception, and ambition in the New York City art world during the 1980s. When Stephen, manager of a chic Soho bookstore, meets Gilberte, a beautiful, ambitious, young photographer just beginning her career in New York, he becomes obsessed with her. Stephen offers her a home in his loft when she has nowhere to stay, and he soon becomes her trusted consigliere and lover.

Seduced by her own early success, Gilberte is determined to chase fame despite Stephen’s attempts to keep her under his control and focused on her art. Gilberte’s rapid rise in the art world is aided and abetted by her collusion with Kristine, the wealthy, status-hungry woman who steals her away from Stephen and becomes her patroness, as well as replacing him as her lover.

As the more volatile aspects of the relationship between Stephen, Gilberte, and Kristine play themselves out, the narrative explores the nature of love and jealousy, art and integrity. It remains as relevant today as it did when it was first published in terms of depicting the undercurrents and fascinating characters who inhabit the center and the margins of the New York art world.

I’m not sure if there was a big cult following for this book back in 1988, but it has a new forward and is being released again.
Reading the blurb pretty much tells you the story. Most of the book is told through thoughts of Stephan, who just seems miserable.
There is a lot of insider information concerning the art world and behind the scenes in the lives of artists and most of it was interesting, but I really didn’t care for it.
Maybe you will have a different experience.

2 thoughts on “His Vision of Her by G.D.Dess”

Leave a Reply to Peter Wells aka Countingducks Cancel reply