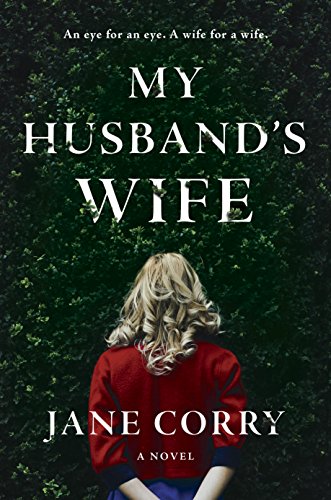 When young lawyer Lily marries Ed, she’s determined to make a fresh start. To leave the secrets of the past behind. But then she takes on her first murder case and meets Joe. A convicted murderer whom Lily is strangely drawn to. For whom she will soon be willing to risk almost anything.
But Lily is not the only one with secrets. Her next-door neighbor Carla may be only nine, but she has already learned that secrets are powerful things. That they can get her whatever she wants.

When Lily finds Carla on her doorstep sixteen years later, a chain of events is set in motion that can end only one way.

This story is told from the alternating viewpoints of Lily and Carla. These characters have so many secrets, lies and bad behavior it’s hard to get behind any of them.

Lily is just married when she is handed a case. The case involves Joe, who  is in prison for a crime he did not commit ( I know right, who is guilty??) and Lily and her team are tasked with proving he is not guilty. Joe reminds Lily of her brother and that is not necessarily a good thing. You just aren’t sure if he’s playing her or not.

Carla may be just a little girl in the beginning, but she is one cunning little girl. A keeper of secrets and lies. She was just an awful human being.

Ed, the man who marries Lily soon after meeting her, is about as likeable as a nest of rats. I just wanted him gone.

Can any of them be redeemed? Will someone have to pay for the past? And exactly how well do you know other people.

The ending cleared a lot up.

I’ve read quite a few books over the past few months and where and who are these women who just up and marry some bloke they just met and know nothing about? I don’t know women like that. Here we will do a full background report and credit check on you before we meet for dinner! I’m getting a bit weary of female characters who are bright and successful suddenly losing their good sense and saying yes to some man they don’t know.

I would love to flip that script!

4 thoughts on “My Husband’s Wife by Jane Corry”