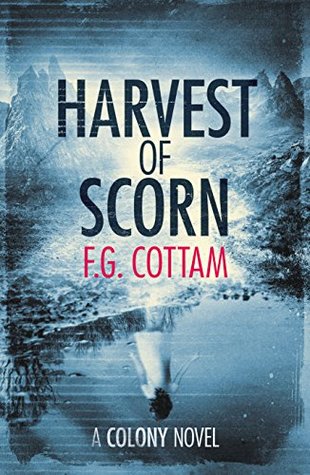 KEEP THE LIGHTS ON, AND LOCK THE DOORS!

Harvest of Scorn, A Colony Novel, is the final book in the Trilogy featuring New Hope Island. New Hope Island is located on a desolate island in the Scottish Hebrides  and 200 years ago every one of the colonists living there disappeared. Surrounded by superstition and fear, even the locals won’t go near it. While the living disappeared, the evil that is there has not. And it is getting stronger every day. And hungrier.

Felix Baxter, with the help of architect, Helena Davenport, is banking on his new project, a sort of retreat from the modern world, to bring in the rich and bored, making him richer.

Things start going wrong when they are close to opening. People disappearing, inexplicable breakdowns and very little communication with the outside world, but Felix is greedy and manipulative and really doesn’t care as long as his project gets completed.

When the survivors of the last island trip begin getting signs that the danger on New Hope has not been destroyed as they thought, they know they have little time to finally end this evil once and for all. The last time some of them did not return. But one of them has a promise to fulfill and the others need to be there to successfully do that.

It was so nice to see Ruthie, Phil, Patsy, Rachel and Elizabeth again. It is no secret that I am a huge Cottam fan. No one can scare me like he does!  His writing puts you right in the middle of the story so well, you will have goosebumps!

I can’t believe this is the last of The Colony books. Ruthie is one of my favorite characters. Are we really finished with her? Say it isn’t so!

Let me say that while this is the last book in a Trilogy, you can definitely read it as a stand alone book. He is just that good of a writer. But you really must get the other two.

Very few books really scare the heck out of me but these sure do! I highly recommend all of his books.

F.G. Cottam is the author of the Colony trilogy, three novels which explore the enduring enigma of New Hope Island, a desolate Hebridean wilderness from which a thriving community abruptly vanished almost 200 years ago.

The series begins with The Colony, continues with Dark Resurrection and concludes with his most recent book, Harvest of Scorn. Atmospherically located, the trilogy focuses on the present-day repercussions of an occult curse inflicted in revenge by a dying sorcerer.

Combining mystery and history in equal parts, and involving an all too human cast of characters, this three-book story is a saga of ambition and betrayal, courage and loyalty, dark magic and terrible secrets slowly uncovered.

Cottam’s paranormal debut The House of Lost Souls won The Children of the Night Award, was a Times Book Club choice and was translated into 16 languages. He is the author of eleven full-length novels, titles among which include The Waiting Room, The Memory of Trees and Brodmaw Bay. 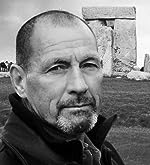 TODAY IS RELEASE DAY FOR THIS BOOK, SO JUMP ON IT PEOPLE!