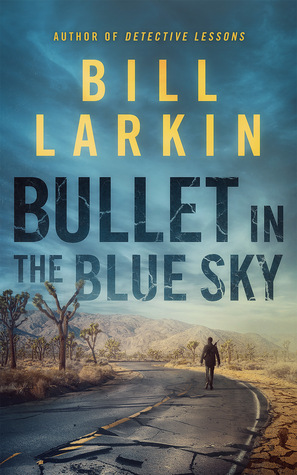 Operation Archangel. A multi-agency task force whose job it is to keep the bad guys away from our vital infrastructure here at home,partners Kevin Schmidt, out of the OCSD, with LAPD Det. C.P. Mata. As they are sitting in a van at Dodger Stadium,waiting for one of those bad guys to meet another, with backup inside and along the stadium, the stadium and the earth beneath it begin to buckle and split.

With their suspects sitting under tons of concrete, and their back up gone as well, the two make their way to their office back at the LAPD. As they are finding out that they have just suffered an 8.8 earthquake, their Chief sends them along with Lt.Tallon and 2 others on a mission. Don’t get involved with any thing else.. Their soul mission is bring back this man.

With the city in a huge mess, traveling through it is more like being in a war zone than Southern California. With rioting and looting going on everywhere and aftershocks removing bridges and roads, the task will lead them on a chase where they are not only racing against time, but against other agencies with reasons to want Shaw contained. Who can they trust? Is one life worth all of this?

The one thing they do not know is there is someone working against them in the Chief’s office. Someone who is about to bring more destruction and no one suspects a thing. Because this earthquake was no natural event, it is something much more, something much deadlier.

Induced Seismicity is a real thing. With all of the fracking around Oklahoma bringing on earthquake after earthquake, sometimes up to 15 a day, we are seeing that this book of Fiction, is not far off the mark. I appreciate that Mr. Larkin kept the terminology pretty basic and it wasn’t difficult to understand what was happening and why.

This is the type of fiction that has a basis in reality. It is the type of book that makes you think. It could be a conspiracy theorist’s dream book!
All in all it was a really good book and I would definitely recommend it to a friend. Actually I already did.

Thank you to Mr. Larkin for this one! I honestly loved it!

Bill Larkin writes crime fiction and is the author of the forthcoming Bullet in the Blue Sky(summer 2016) and the highly-acclaimed Detective Lessons. He has also written several short stories, including The Highlands and Shadow Truth, both Amazon category bestsellers. Bill previously served as a reserve with the Orange County Sheriff’s Department, then the Los Angeles Police Department where he worked in four different divisions and a detective assignment. Bill is a member of the Mystery Writers of America and International Thriller Writers.