New books are popping out all over this month! I thought I would share my TBR list with you and maybe you can share yours with me. Always fun to find some new authors or genres.

New York Times bestselling author Joseph Finder delivers an exhilarating and timely thriller exploring how even the most powerful among us can be brought down by a carefully crafted lie and how the secrets we keep can never truly stay buried.

The chief justice of the Supreme Court is about to be defamed, his career destroyed, by a powerful gossip website that specializes in dirt on celebs and politicians. Their top reporter has written an exposé claiming that he had liaisons with an escort, a young woman prepared to tell the world her salacious tale. But the chief justice is not without allies and his greatest supporter is determined to stop the story in its tracks.

Nick Heller is a private spy—an intelligence operative based in Boston, hired by lawyers, politicians, and even foreign governments. A high-powered investigator with a penchant for doing things his own way, he’s called to Washington, DC, to help out in this delicate, potentially explosive situation.

Nick has just forty-eight hours to disprove the story about the chief justice. But when the call girl is found murdered, the case takes a dangerous turn, and Nick resolves to find the mastermind behind the conspiracy before anyone else falls victim to the maelstrom of political scandal and ruined reputations predicated upon one long-buried secret.

From New York Times bestselling author of the “twisty-mystery” (Vulture) novel In a Dark, Dark Wood, comes The Woman in Cabin 10, an equally suspenseful and haunting novel from Ruth Ware—this time, set at sea.

In this tightly wound, enthralling story reminiscent of Agatha Christie’s works, Lo Blacklock, a journalist who writes for a travel magazine, has just been given the assignment of a lifetime: a week on a luxury cruise with only a handful of cabins. The sky is clear, the waters calm, and the veneered, select guests jovial as the exclusive cruise ship, the Aurora, begins her voyage in the picturesque North Sea. At first, Lo’s stay is nothing but pleasant: the cabins are plush, the dinner parties are sparkling, and the guests are elegant. But as the week wears on, frigid winds whip the deck, gray skies fall, and Lo witnesses what she can only describe as a dark and terrifying nightmare: a woman being thrown overboard. The problem? All passengers remain accounted for—and so, the ship sails on as if nothing has happened, despite Lo’s desperate attempts to convey that something (or someone) has gone terribly, terribly wrong…

With surprising twists, spine-tingling turns, and a setting that proves as uncomfortably claustrophobic as it is eerily beautiful, Ruth Ware offers up another taut and intense read in The Woman in Cabin 10—one that will leave even the most sure-footed reader restlessly uneasy long after the last page is turned.

Insidious is the twentieth thriller in #1 New York Times bestselling author Catherine Coulter’s FBI series. FBI agents Savich and Sherlock must discover who is trying to murder Venus Rasmussen, a powerful, wealthy society icon. They soon find out that the danger may be closer than expected.

Venus Rasmussen, a powerful woman who runs the international conglomerate Rasmussen Industries, believes someone is poisoning her. After Savich and Sherlock visit with her, someone attempts to shoot her in broad daylight. Who’s trying to kill her and why? A member of her rapacious family, or her grandson who’s been missing for ten years and suddenly reappears? Savich and Sherlock must peel away the layers to uncover the incredible truth about who would target Venus.

Meanwhile, Special Agent Cam Wittier leaves Washington for Los Angeles to work with local Detective Daniel Montoya to lead the hunt for the Starlet Slasher, a serial killer who has cut the throats of five young actresses. When a sixth young actress is murdered, Cam comes to realize the truth might be closer than she’d ever want to believe.

With breakneck speed and unexpected twists and turns, Coulter’s Insidious will leave you breathless until the shocking conclusion.

Caught in the crosshairs of a deadly standoff, Detective Michael Bennett must kill…or be killed.

Snow blankets the avenues of Manhattan’s exclusive Upper West Side. The storm is the perfect cover for a fashionable, highly trained team of lethal assassins as they prowl the streets, hunting their prey. But their first hit is simply target practice. Their next mission may very well turn the Cold War red-hot once again.

Stepping directly into the line of fire, the president of the United States is in New York for a summit at the United Nations with his Russian counterpart. Pulled away from his family and pressed into service, Detective Michael Bennett must trace the source of a threat that could rip the country apart–and ignite a war the likes of which the world has never seen. With allegiances constantly in doubt and no one above suspicion, only Bennett can save the president–and the country–before the assassins’ deadly kill shot hits its mark.

“Fascinating, suspenseful, and bated-breath exciting…. Silva proves once again that he can rework familiar genre material and bring it to new life.”
— Publishers Weekly, starred review

“Silva builds suspense like a symphony conductor…. A winner on all fronts.”
— Booklist, starred review

Gabriel Allon, the art restorer, spy, and assassin described as the most compelling fictional creation “since Ian Fleming put down his martini and invented James Bond” (Rocky Mountain News), is poised to become the chief of Israel’s secret intelligence service. But on the eve of his promotion, events conspire to lure him into the field for one final operation. ISIS has detonated a massive bomb in the Marais district of Paris, and a desperate French government wants Gabriel to eliminate the man responsible before he can strike again.

Acclaimed novelist Daniel Silva has thrilled, entertained and educated readers with eighteen thoughtful and gripping spy novels featuring a diverse cast of compelling characters and ingenious plots that have taken them around the globe and back—from the United States to Europe, Russia to the Middle East. From its shocking opening to its explosive denouement in Washington, D.C., The Black Widowreveals itself as Silva’s most timely and powerful novel yet. Following the success of his smash hit The English Spy, this electrifying thriller showcases Silva’s consummate skill and brilliant imagination, and is sure to be a must read for his multitude of current and future fans. 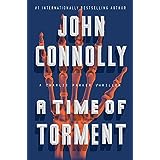 “Connolly again displays his mastery at combining the hard-boiled with the supernatural.” —Publishers Weekly (starred and boxed review)

Jerome Burnel was once a hero. He intervened to prevent multiple killings, and in doing so destroyed himself. His life was torn apart. He was imprisoned, brutalized.

But in his final days, with the hunters circling, he tells his story to private detective Charlie Parker. He speaks of the girl who was marked for death, but was saved; of the ones who tormented him, and an entity that hides in a ruined stockade.

Parker is not like other men. He died, and was reborn. He is ready to wage war.

Now he will descend upon a strange, isolated community called the Cut, and face down a force of men who rule by terror, intimidation, and murder.

If you have already read any of these, let me know! What will you be reading in August?