I received this book in return for an honest review.
As a southern girl, born and raised in Georgia, but then lived 13 years in Mississippi, coming to Oklahoma from Hurricane Katrina, I saw the author was from Oklahoma at one time, and thought, wow what a coincidence, I should read this.
It was everything I hoped it would be. A good Southern ghost story with lots of mystery, intrigue, and romance. Poor Isabel Jones has not had much luck with birthdays. Each one seems to be worse than the last. With an overbearing and just plain mean father, a dead mother and a brother who got out of Mosby, Mississippi as soon as he could and joined the Army. After a disastrous 18th birthday and coming out, Isabel packs her bags and left for New York, hoping to become a serious writer. But in the 1930’s and 40’s women were not encouraged to write about much besides makeup and hairstyles. Soon she falls in love and after a year or so is expecting a proposal. What she gets is a phone call telling her to come home, her father is dying.
Back in Mosby, nursing a broken heart and having to bury her father, she also is getting a lot of attention from her brother’s best friends, Charles and Benjamin. For once she revels in all the attention of having both of them chasing her. But she is distracted by a long dead little boy pleading for her help.
Isabel has many unanswered questions and everyone in this town has a secret of some kind that they don’t want told.
This is just one of the best stories I’ve read set in the south. I was so disappointed when it was over, only to see that there is another book continuing the stories. You become quickly invested in the characters and I for one can’t wait to see what comes next! 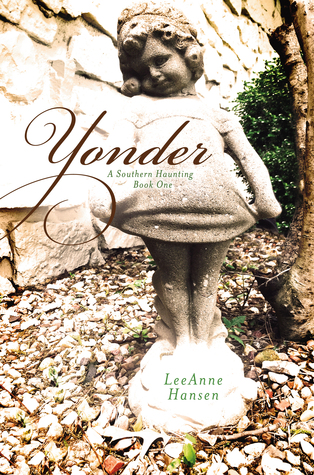